ROUDA RESPONDS TO MICHELLE STEEL VOTING AGAINST IMPEACHMENT, SOLIDIFYING HER SUPPORT OF INSURRECTIONISTS

“To no surprise, Michelle Steel sided with the insurrectionists by voting against impeachment. Steel has a history of uniting conspiracy theorists, white supremacists, and domestic terrorists during her lifetime in politics.

After last week’s failed coup, Steel’s longtime pastor Joe Pedick preached that ‘justice will happen up here soon before the 20th… Look out, a lot of things are going to happen before the 20th. There is a plan, there is things in place, they are trying to turn this around.‘ Steel frequently campaigned at Pastor Pedick’s Calvary Chapel of the Harbour, including just before November’s election.

Michelle Steel’s association with white supremacists and domestic terrorist enablers continues as Steel was photographed at a rally with Charlie Kirk before the election, who sent 80 buses of insurrectionists to the Capitol riots. Additionally, Steel has had fundraisers hosted by Palmer Luckey, an alleged member of the Boogaloo Boys.

Michelle Steel swore an oath to the Constitution of the United States against enemies foreign and domestic; at her first opportunity to put the people of Orange County over her own self-interest, she failed and sided with domestic terrorists. The 48th District deserves better.”

“After enabling anti-maskers, boosting Q-Anon conspiracy theories, and cozying up to the fringe right while pretending to be moderate, Michelle Steel unsurprisingly chose her own political self-interest over her oath to the Constitution by voting with insurrectionists. Michelle Steel joins the ranks of Marjorie Taylor Greene and Lauren Boebert as a Q-Anon Congresswoman.” 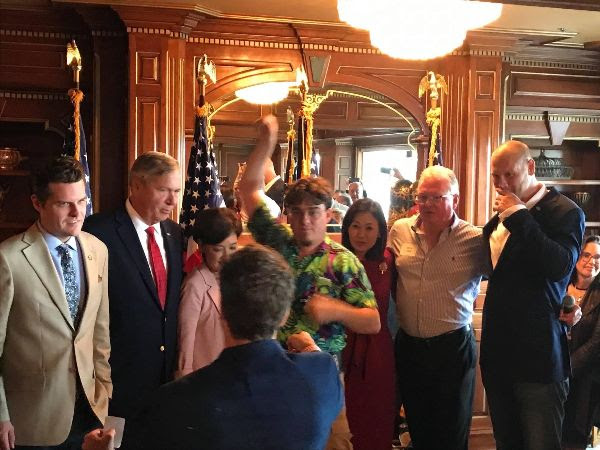 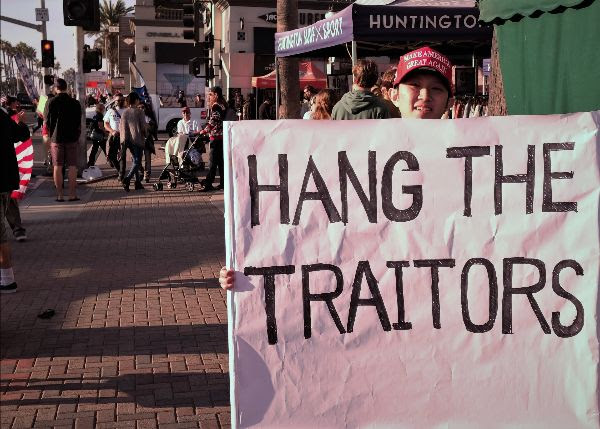 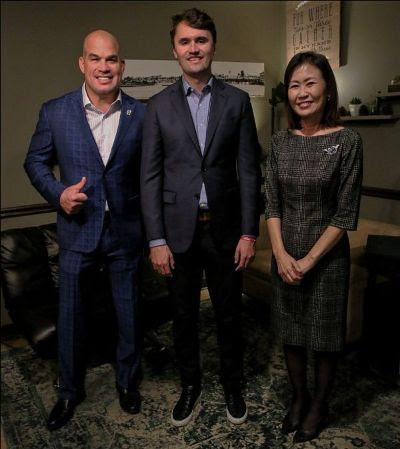 $5 $10 $25 $50 $100 Other
Click on an option to get started. If you’ve saved your payment information with ActBlue Express, your donation will go through immediately.
Register to Vote Get Involved Commit to Vote