The mock CA-48 congressional debate, moderated by famed actor Jason Alexander, comes after multiple debate requests from local news outlets, veterans groups, community organizations, and the Harley for Congress campaign were ignored by the Steel campaign, and “lets [Steel’s] record do the talking.”
To view “Rouda vs. Steel Debate: Moderated by Jason Alexander,” click here or on the image below: 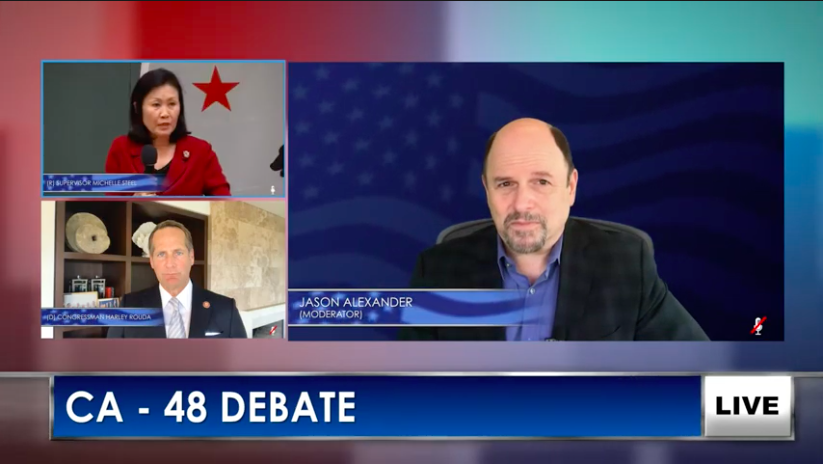 For more information, visit harleyroudafacts.com for the truth.

$5 $10 $25 $50 $100 Other
Click on an option to get started. If you’ve saved your payment information with ActBlue Express, your donation will go through immediately.
Register to Vote Get Involved Commit to Vote